The Bruckner Conundrum: The Problem with Anton

Dear, come and see what Anton is doing.
What is it?
He's counting the number of bricks on the house next door and writing down the number.
So ... maybe he's bored.
Possibly, but look at his piece of paper. He's counted them seven times already.

Anton Bruckner has often been considered a bit of an oddball by music scholars. For a period of time during his life he suffered from numeromania (an obsession with counting). He had a habit of counting the bricks and windows of buildings, and constantly counting the number of bars in his massive scores, to make sure that they were proportionately exact. Was he possibly suffering from a form of autism? That would explain the constant repetitive tendencies in his writing. All of his Symphonies exhibit the same obsessive-compulsive mannerisms. Proportionately sized movements, similar harmonic progressions, intervals and modulations, similar rhythmic gestures, typical unison thematic emphasis, and worst of all, development by constant repetition rather than diverse emotive outlooks. His scores were laid down like architectural blueprints rather than being led forward by inspiration.

Add to all this the staunch Catholic upbringing he matured through which well explains the self doubt, and the fact that he was a lifelong organist, and it all adds up to shed light on why so many passages in his music are hymnic. And everyone knows hymns are repetitive by nature. He would have perceived variety as counter-productive.

Many, many music enthusiasts, musicians and conductors have often compared Anton Bruckner to Gustav Mahler. A comparison that I've never understood. The only aspect these two composers share in common is the sheer size of their symphonies, with single movements lasting longer than a complete Mozart symphony. But otherwise, despite the fact that their lifetimes overlapped, they approached music from two completely different directions, and used two completely incommensurable methods to pursue and develop their craft. When I try and visualize what a Bruckner symphony "looks" like, all I come up with is a set of large well-proportioned granite blocks. Immovable, lifeless and yet beautiful in their symmetry. When I try and visualize what a Mahler symphony "looks" like, I see a massive oak tree, firmly rooted in inspiration, with a solid thematic trunk branching out in multiple directions and reaching for the sky with a glorious crown of leaves. 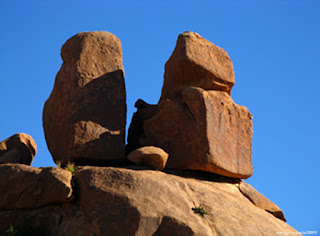 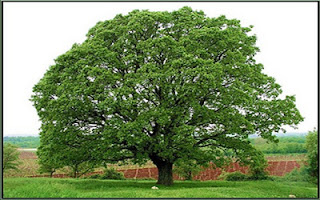 Do you see any similarities between these two images? All I know is that I would much prefer sitting under the oak tree.