Now that ECM, one of the finest independent music labels, highly respected for its artistic integrity and knack for discovering, recording and producing unusually refined and highly talented musicians, and one of the last holdouts against streaming and downloading, has finally thrown in the towel and jumped on the populist bandwagon by allowing their catalogue of over 1,500 albums be made available on streaming platforms, I believe it's safe to say that the music industry (and today's new consumer) have turned a fine dining experience into an all-you-can-eat buffet, in an attempt to cater to everyone at the lowest price possible.

What pushed the ECM executives to come to this decision was the fact that they were losing money due to piracy, and a growing number of illegal download sites. They fail to understand that today's streamer and downloader, who doesn't care about the creative efforts behind a music recording, doesn't know what the word copyright means, and would label the music of Pat Metheny just as dispensable as the music of Justin Bieber, probably doesn't know what ECM stands for, and certainly doesn't care. So I fail to see how they will grab a share of that market.

ECM not only released some of the best jazz albums ever recorded, featuring the likes of Pat Metheny, Peter Erskine, Dave Holland, Keith Jarrett, Miroslav Vitous, etc ... but also produced some notable classical recordings including amongst others, the music of composer Valentin Silvestrov reviewed on my website here


We were all fooled my friends. In the early 1980s the music label executives, recording engineers and producers tantalized us with the advent of digital recordings, digital remasterings, and that turning music into binary bits and bytes would make everything sound better and more compact. And we all fell for it. Their master plan was to eventually gain control and rights over digital media which is what we have today: streaming bits of this, download bits of that, just like an all-you-can-eat buffet, that we copy to a folder on our computers or mobile devices, that sounds like crap, and that we delete a few days later to make room for more garbage. We should have stuck to analogue recording techniques which sounded better anyway. Sure, you can still purchase vinyl these days, but at a price and the catalogue is limited. 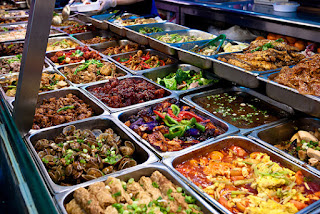 I don't know about you, but after sitting down to an all-you-can-eat buffet, I feel a bit off, and sick to my stomach. Not because I've eaten too much, but because I've ingested cheap, badly prepared, and low quality food, that appeals to the populist gluttony of overconsumption, without appreciating the value of anything.